Me, in my boxers, unwashed, undressed, and sweating against a humid DC summer. I had just congealed in front of the computer for an amount of time well past inordinate. Shuffling pixels around enough to trick my poor monkey mind into thinking I was accomplishing something interspersed with a few earnest, yet soulless, job applications.

I heard the keys to the door of our small apartment and quickly wondered if this was a grocery day. Was I supposed to be at least mildly, pathetically, responsible today? My future wife steps into another wasted day, one of many. “Have you even moved?” She had asked. The disappointment from her eyes and voice almost tangible. It rattled like a bar against my own cage of self doubt and shame.

The question, mostly rhetorical, I took at face value as I spun to turn on the AC window unit, “Sure. I went to the bathroom a few times.”

At this stage of my unemployment, this scene had become routine. Days spent wallowing, a rare few of them sprinkled with some domestic task like laundry, groceries, or dinner that made me feel the absence of purpose like a stomach ache. They were just enough action to starkly contrast my constant inaction. Throughout these months, I turned to my drug of choice: distraction. I had been introduced to a video game (which will not be named) that was (and is) a potent mix of multiplayer unpredictability and frustration, graduating challenge and reward, and deceptively addicting endgames that makes you say, “Oh, just one more.” My brain was in a hamster wheel of dopamine and didn’t get off until I heard the keys in the lock to remind me of my own humid reality.

Most people that know me would think I’d put my free time, or funemployment, to better use. To some self improving activity, a book, a run, a challenge, an anything. I remember a few halfhearted jogs, a decent attempt at no-bake cookies, occasionally cleaning something, but, each of those activities just seemed to make me feel worse. Each little task got colored and tainted by the oil drudge that is depression. Any urge or motivation was quickly stifled, and I found myself swimming in a pool of wonderful distraction once again.

Even aiming for just-in-time startup hiring, I ultimately did not receive a final offer until the middle of September, almost five months after graduation. By that time, I was questioning everything about myself and my methods. Was my resume good enough? Was I answering the questions well enough? Was I applying to the wrong jobs? The wrong companies? Should I cut my hair? Am I aiming too high? Should I just go back to crushing my soul with federal consulting even just for the paycheck? Month after month, these questions and doubts multiplied as my self-confidence shrunk alongside my savings account.

A lot of this came to a head as I watched a verbal offer turn to dust in my hands in late June. I was excited and hopeful to fly out to California for a growing startup that was trying to disrupt an entire industry (Aren’t they all?). I couldn’t help but feel a certain level of providence after a lovely chicken cobb salad at the hotel, a spot of luck as the extremely nice hotel staff was able to find me a belt after I had forgotten one, and a great day of positive interviews. As I left to head back to SFO airport, I had my future boss excited, the recruiter excited, and I couldn’t help but think that I’d finally gotten the job I wanted.

So, if was definitely disheartening to learn the following a week later on July 1st:

Hope you are well. I just got a chance to speak with Future_Boss and unfortunately we will not be moving forward with you at this time. We very much enjoyed meeting with you and think that you could be a great fit in the future but the timing is just not right.

(On the plus side, this is the event that spawned the Gotye parody, “A Recruiter that I used to know“)

Looking back at my calendar,  I tried to use the event as a positive catalyst.  I forced myself to go running for the first time in a long while and do wind sprints up and down a staircase in Rosslyn. These actions didn’t last. They didn’t become habit, and they were a far cry to the distances I was running before grad school. But, hindsight being what it is, maybe they were just enough at the time to keep me focused on the future. It is definitely interesting to see them occurring right before my first interviews with the companies that would bring me back out to California both temporarily and for good.

I never thought I’d be the type of person to attach my purpose to my profession. I always try to separate myself because jobs change; careers change; people change. I was always a person first and a profession second. However, I think the problem here was how much of my future was completely unknown without a job or offer in my future. Would I be in D.C.? California? What role? What company? I tend to live in the future and take actions based on where I think I’ll be. But because I didn’t know where I was going to be in two or three months, I couldn’t plan or move. This drove me to spinning in circles of distraction and depression as I waited for fate’s compass to finally land on a direction.

In my previous job-search posts, I tried to funnel the struggle into something useful, but I think it was obscuring a lot of the painful truth. I was putting a lighthearted spin on months of grey. The dating metaphor makes for a solid joke, but it was definitely missing the downside of dating. What happens to the poor lad or lady that goes on date after date and never finds someone? Where does their confidence go over time with each failed interaction? So, ideally, this post can act as a supplement to the dating metaphor and highlight the lows with the highs.

Ultimately, I think the crux of this post is that suddenly getting a job did not suddenly free me from the cloud of depression. My brain chemistry had been shifted for months. That chemical bath has continued to skew some of my drives, motivations and moods. Despite a successful move to California over two years ago, I still find myself retreating into distraction as a defense mechanism, including distracting myself with work. It is still too easy to find a mental excuse and crush my own motivations. Heck, even outside of the mental and emotional, I still show signs of carpal tunnel pain from time to time due to almost an entire summer spent clicking away at nothingness. There is no panacea escape; its a slow and steady rise.

I don’t know the right path, but the wrong path is inward.

It may be very hard to solve the problem yourself. In hindsight, it becomes very easy to think of all the things I should’ve done. I should’ve volunteered somewhere. I should’ve memorized every exhibit at every Smithsonian museum. I should’ve trained for the next great triathlon. I should’ve taught myself a language, an art, an anything – anything to break the internal hamster wheel I was on. But, even when I tried these things, I tried them alone and they didn’t stick.

“You are like a walking counter-argument.” – A friend to me.

I should have quieted my ego, been more vulnerable and sought out friends for help. I should have shared more of myself and my fears with my future wife. Yet, in the moment, depression made it more easy to talk myself out of anything, including relying on others. If depression is a solitary pit, there is no salvation in digging yourself further down. It is better to ask for someone to drop down a ladder or a rope.

The danger is in the dose.

I don’t want to disparage video games too much in this post. It was my vice; it isn’t everyone’s. Everyone needs a distraction or vice from time to time. However, like all vices, the damage is in the dosage. No one will fault A drink, or A game. However, a day, or days, of gaming is where things begin to get dangerous. Beyond that, it became a crutch for my brain to think I was succeeding at something. A little dopamine fix for every little victory. I used to mock the sad retirees wasting away their golden years attached to a slot machine in Vegas or Reno. Now, I realize my slot machine just has more buttons than theirs. 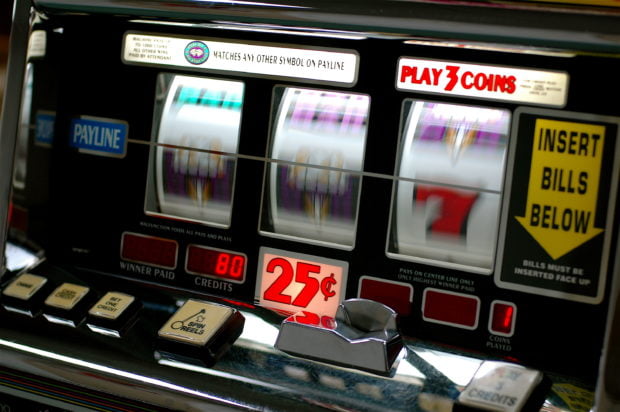 To reiterate my point above that there is no panacea, just because someone’s life is not completely crippled by depression does not mean its not there. Through the past few years, I have still been extremely capable. I’ve still gotten out of the house and made life happen. But, its similar to the way a rusted bicycle will still pedal. So, keep in mind just because your or someone else is able to get out of the house every day doesn’t mean there isn’t always a lingering cold-front and low pressure system that could threaten the bicycle ride.